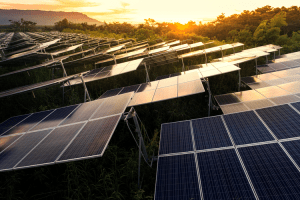 Calvary has delivered systems into the Energy Generation and Storage Industry for many years. We have designed numerous systems for the PV Industry through traditional polycrystalline products and thin film based solar products. These systems have been based around various material handling methodologies including web, asynchronous conveyors, synchronous transfer dials or chassis and robotic modules. We are experienced in a variety of aspects regarding the production and handling of solar cells and modules. In addition, we have built systems for battery assembly, fuel cell, technology and hybrid electric vehicle componentry.

Calvary has provided solutions in many specialized applications, such as but not limited to:

The AES Corporation (NYSE: AES) announced the launch of Atlas, a new first-of-its-kind solar installation robot. Atlas represents a major advance in solar energy technology, making it faster, more efficient and safer to construct new solar facilities. Atlas was designed by AES through a multi-year innovation process and built in cooperation with Calvary Robotics and other third parties. Click for the full Press Release

Click here to fill out an RFQ
Go to Top